This blog introduces an MinIO storage solution built on HwameiStor, and clarifies the detailed test procedures about whether HwameiStor can properly support those basic features and tenant isolation function provided by MinIO.

MinIO is a high performance object storage solution with native support for Kubernetes deployments. It can provide distributed, S3-compatible, and multi-cloud storage service in public cloud, private cloud, and edge computing scenarios. MinIO is a software-defined product and released under GNU Affero General Public License v3.0. It can also run well on x86 and other standard hardware. MinIO is designed for the cloud-native architecture, so it can be run as a lightweight container and managed by external orchestration tools like Kubernetes.

The MinIO package comprises of static binary files less than 100 MB. This small package enables it to efficiently use CPU and memory resources even with high workloads and can host a large number of tenants on shared hardware.

MinIO's architecture is as follows: 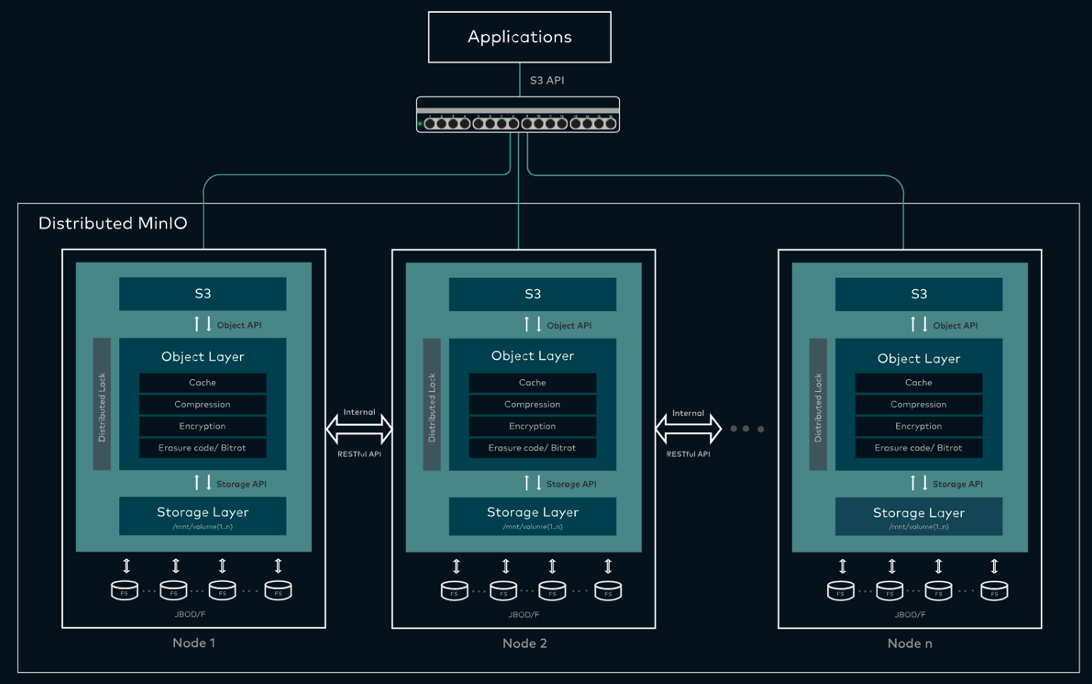 MinIO can run on a standard server that have installed proper local drivers (JBOD/JBOF). An MinIO cluster has a totally symmetric architecture. In other words, each server provide same functions, without any name node or metadata server.

MinIO can write both data and metadata as objects, so there is no need to use metadata servers. MinIO provides erasure coding, bitrot protection, encryption and other features in a strict and consistent way.

Each MinIO cluster is a set of distributed MinIO servers, one MinIO process running on each node.

MinIO runs in a userspace as a single process, and it uses lightweight co-routines for high concurrence. It divides drivers into erasure sets (generally 16 drivers in each set), and uses the deterministic hash algorithm to place objects into these erasure sets.

MinIO is specifically designed for large-scale and multi-datacenter cloud storage service. Tenants can run their own MinIO clusters separately from others, getting rid of interruptions from upgrade or security problems. Tenants can scale up by connecting multi clusters across geographical regions. 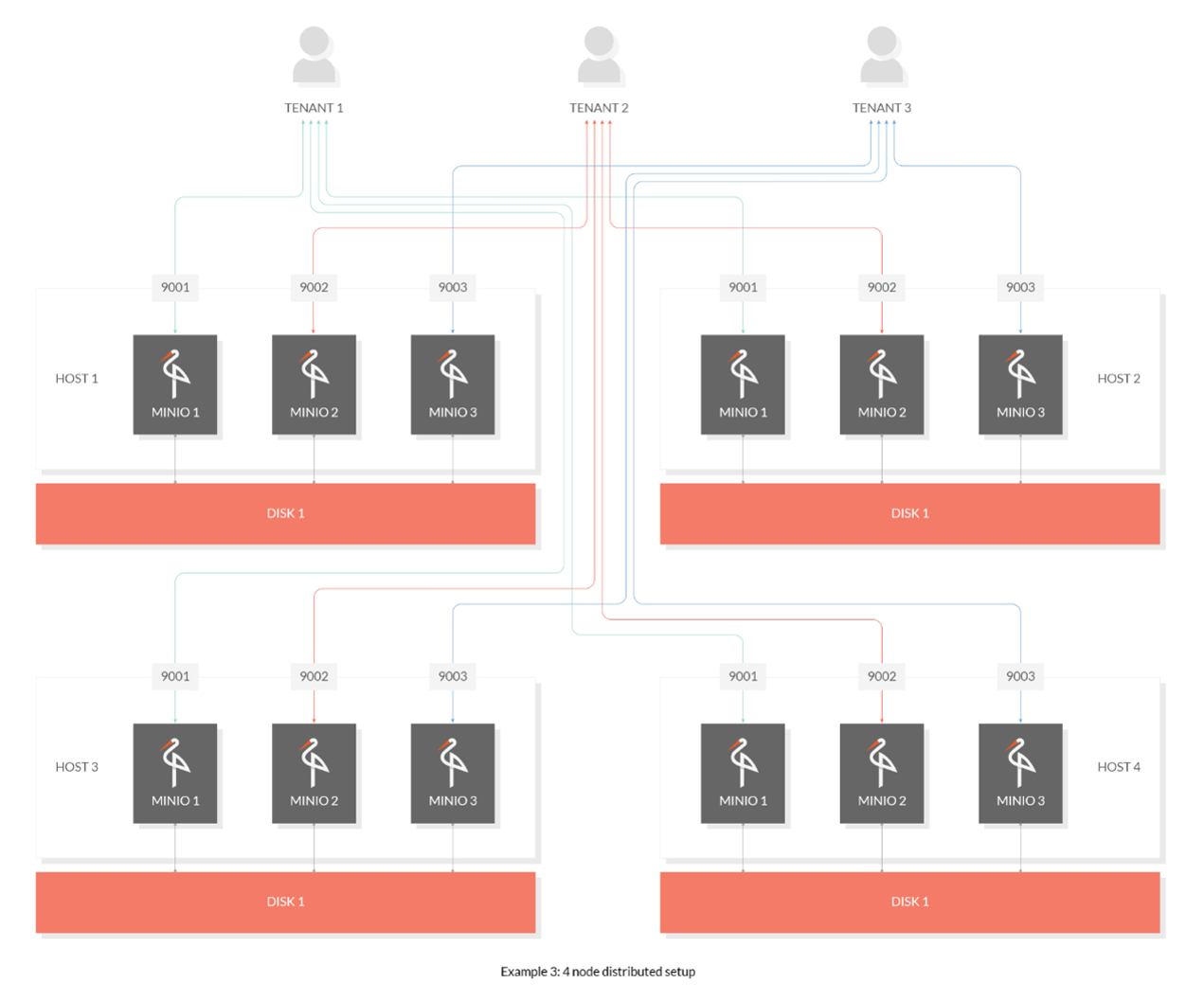 A Kubernetes cluster was deployed with three virtual machines: one as the master node and two as worker nodes. The kubelet version is 1.22.0.

This section will show how to deploy minio-operator, how to create a tenant, and how to configure HwameiStor local volumes.

Run the following commands in sequence to finish this configuration: With the above settings in place, now let's test basic features and tenant isolation.

In this test, we successfully deployed MinIO distributed object storage on the basis of Kubernetes 1.22 and the HwameiStor local storage. We performed the basic feature test, system security test, and operation and maintenance management test.

All tests are passed, proving HwameiStor can well support for MinIO.